Naturopathic medicine treats all health concerns for all ages from acute to chronic and physical to psychological. It is the approach, philosophy and training of naturopathic doctors that sets it apart from other forms of health care.” 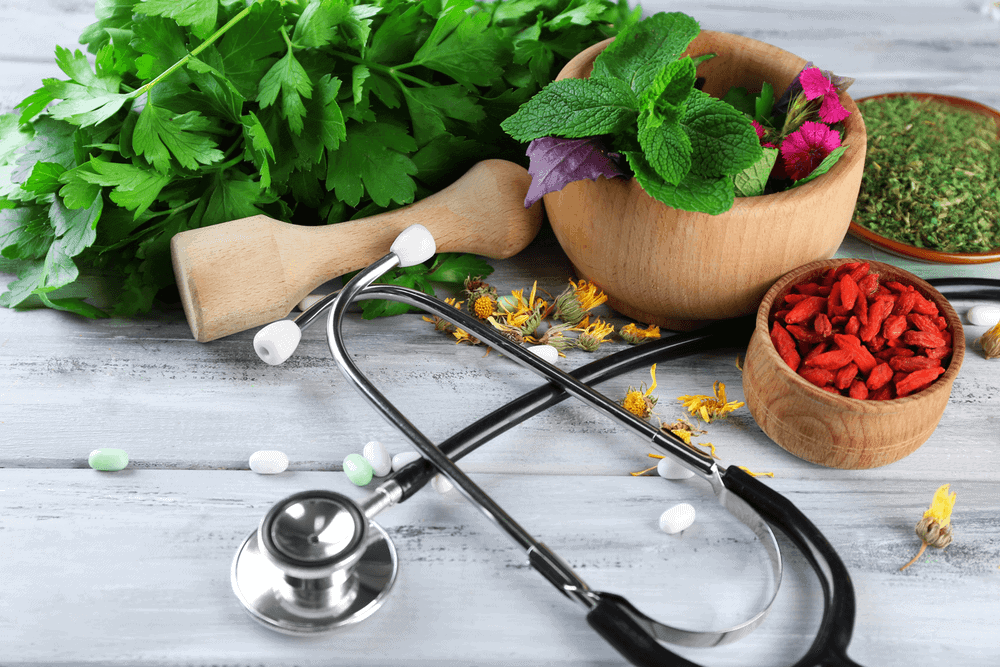 What is Naturopathic Medicine?

Naturopathic medicine is a distinct primary health care system that blends modern scientific knowledge with traditional and natural forms of medicine. It is based on the healing power of nature and it supports and stimulates the body’s ability to heal itself. Naturopathic medicine is the art and science of disease diagnosis, treatment and prevention using natural therapies including: botanical medicine, clinical nutrition, hydrotherapy, homeopathy, naturopathic manipulation, traditional Chinese medicine/acupuncture, lifestyle counselling and health promotion and disease prevention.

How Does Naturopathic Medicine Compare To Conventional Medicine?

Both are doctors, both provide primary care and both are similarly trained. The primary differences between naturopathic and conventional medicine are the philosophical approach and the therapies used. Naturopathic doctors (NDs) treat patients as individuals by addressing the physical, environmental, lifestyle, attitudinal, and emotional aspects of health. This allows naturopathic doctors to find and treat the cause of the disease using a variety of therapies. Conventional doctors generally address and treat the symptoms of disease and use pharmaceutical therapies or surgery.

What Can Naturopathic Medicine Do For You?

What Is The History Of Naturopathic Medicine?

Naturopathic medicine was introduced in North America in 1902 by Dr. Benedict Lust. By 1920, naturopathic practice was well established in Canada. Laws regulating naturopathic practice were enacted in Ontario by 1925, in British Columbia in 1936, in Manitoba in 1943 and in Saskatchewan in 1952. The CAND has been representing the profession’s interests in Canada since 1955.

After the Second World War health care moved away from a more natural approach, focusing on the advances in surgical techniques, the introduction of antibiotics and the growth of the pharmaceutical industry. In the last twenty years, public desire for greater control in the healthcare process and a growing dissatisfaction with high-tech solutions to health problems has resulted in a resurgent interest in the natural methods of preventive health care. This trend has increased demand for naturopathic services as people seek ways to improve their health, cope with day-to-day stresses and avoid illness.

Naturopathic doctors are experiencing greater recognition as health care practitioners and as experts in the field of natural and preventive medicine. They provide leadership in natural medical research and are enjoy increasing politically activity at the federal, provincial and territorial levels. Positions for naturopathic doctors are opening up in hospitals, multi-disciplinary clinics and specialized health centres across Canada.

Currently, the naturopathic profession finds itself well positioned in health care. With more research emerging that supports the therapies used by naturopathic doctors, and the public demand for greater choice and increased access to more natural approaches to health care, naturopathic medicine is meeting the health needs of an ever increasing number of Canadians. Poised to make the transition from “alternative” medicine to “mainstream” medicine.

If you haven’t experienced the benefits of naturopathic medicine yourself, take the time to get a second opinion on your health by making an appointment with a naturopathic doctor in your area.

First Do No Harm (Primum non nocere)
Your naturopathic doctor chooses remedies and therapies that are safe and effective, to increase your health and decrease harmful side effects.

The Healing Power of Nature (Vis medicatrix naturae)
Your naturopathic doctor works to restore and support the powerful and inherent healing abilities of your body, mind and spirit and to prevent further disease from occurring.

Identify and Treat the Cause (Tolle causam)
The primary goal of your naturopathic doctor is to determine and treat the underlying cause of disease.

Treat the Whole Person
In treating the cause of any condition your naturopathic doctor takes into account not only your physical symptoms, but also mental, emotional, genetic, environmental, social, spiritual and other factors.

Doctor as Teacher (Docere)
Your naturopathic doctor will assist you in understanding health and illness and in becoming more capable of maintaining your own health.

Disease Prevention and Health Promotion
Your naturopathic doctor applies all of the above principles in a proactive form of disease prevention and health promotion.

Clinical nutrition examines the relationship between diet and health. Special diets, food elimination, variations in dietary habits or the use of nutritional supplements may be recommended.

The use of plants for healing dates back to the beginning of civilization and is the foundation of modern pharmacology. The use of herbs in many forms: teas, tinctures or capsules are used for their healing effects and nutritional value may be recommended for healing effect.

Homeopathic remedies are minute dilutions of plant, animal and mineral substances designed to stimulate the body’s “vital force” and strengthen its innate ability to heal.

Based on balancing the flow of chi (energy) through meridian pathways under the skin, Oriental medicine includes the use of Oriental herbs and acupuncture to regulate and release chi in order to bring the body into balance.

Naturopathic doctors address all aspects of a person’s life, identifying and addressing the impact that stress and life events have on a patient’s health and assisting patients to make effective lifestyle choices.
Some naturopathic doctors will have additional training in other natural therapies such as:

The focus of naturopathic medicine is health promotion and the understanding that the body has an innate ability to heal itself. By identifying and removing obstacles to cure, the body is able to heal and move toward optimal health. The goal of naturopathic practice is to treat underlying disorders and to restore normal body function by enhancing the body’s own healing abilities.

Disease prevention and preventing the progression of disease are principles inherent to naturopathic medicine. Naturopathic doctors work with patients to identify the root causes of disease and to address all the factors that are affecting a patient’s health.

Naturopathic doctors are primary health care practitioners. They are trained to treat virtually all health concerns from acute to chronic, pediatric to geriatric and physical to psychological. Naturopathic doctors work with three main groups of people:

Naturopathic treatments are highly individualized. Each patient has a unique story, history, genetics, dietary habits, lifestyle and associated health concerns. A naturopathic doctor will work to determine the underlying cause(s) and create an individualized treatment plan to stimulate a person’s innate healing ability. Patients are also involved in their health program and learn to make effective, educated, self-care decisions that can prevent future health problems.

The goal of naturopathic practice is to treat underlying disorders and to restore normal body function by enhancing the body’s own healing abilities. Therefore, naturopathic doctors must focus their efforts on understanding the unique needs of each patient.

Information technology and new concepts in clinical outcomes and assessment are particularly well-suited to evaluating the effectiveness of naturopathic treatment protocols and are being used in research, both at naturopathic medical schools and in the offices of practicing naturopathic doctors. Clinical research into natural therapies has become an increasingly important focus for naturopathic doctors.

Many naturopathic therapies developed out of a rich history of use and have been validated by scientific research. For example, many herbs have been used effectively for centuries by various indigenous cultures. Current research supports the direct link between many health conditions and diet and stress. The research supporting naturopathic medicine continues to grow and incorporate new scientific findings.