Inflammatory bowel disease (IBD) is a group of conditions that inflame the lining of the gastrointestinal tract, making it difficult for the body to break down food, absorb nutrients, and form waste.

Crohn’s and Ulcerative colitis are the most common of the two, and both involve symptoms of severe diarrhea, fatigue, weight loss, and abdominal pain. Colitis attacks the farthest end of the colon, creating ulcers and sores in the rectal and colonic lining, whereas Crohn’s can attack the entire digestive tract, including the mouth. 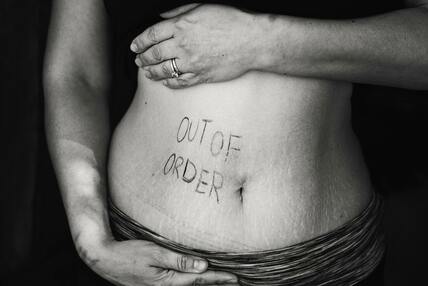 Acute flare up symptoms may include:

However, symptoms are not limited to the above, and commonly patients will also exhibit IBS like symptoms such as flatulence, bloating, etc. Interestingly enough, incidence is much higher in developed nations like North America and the UK, suggesting it is a condition of the “Western world”. It is believed that industrialization may be to blame.

Risk factors for development include recent antibiotic or oral contraceptive pill use, antibiotic exposure in childhood, smoking, urban living, low vitamin D status, and genetics. Also, we see higher incidence in those who has had their appendix removed, formula fed, or delivered by c-section.
Diet plays a large role, with high risk of develop in those who eat low fibre/vegetable based diets, or a westernized diet high in animal meats, dairy, and refined sugar.

The primary goals of our Naturopaths are to minimize oxidative stressors on the gastrointestinal system that are causing tissue damage, and to ultimately promote and maintain remission. Therapies work to heal the intestinal mucosa and prevent any further damage, and can be used in conjunction with conventional therapies to achieve remission. A number of clinical trials support up to a 75% response rate of symptom stability or remission with complimentary therapies [1], and certain herbal therapies show similar efficacy to mesalazine, but are much better tolerated [2]. A large focus is also placed on minimizing symptoms during flare ups, and preventing nutrient deficiencies that are common to IBD patients.

A complete overview of the diet is done, as certain dietary approaches have been shown to achieve remission rates as successfully as current

medications in Crohn’s disease. Assessments to identify food sensitivities may be warranted, and removal of inflammatory foods and inorganic micro-particles are encouraged. Dietary adjustments, botanicals, vitamins, and minerals are the most common therapies used, but a personalize approach to specific needs are taken with every patient.

To learn more, please book a free consultation with our Naturopaths.